World’s fastest SSDs can start to lower performance when getting hot. Part of the motherboards heatsink design, M.2 Shield Frozr is the next generation M.2 thermal solution to avoid this by offering the best thermal protection to make sure that SSD maintains maximum performance. 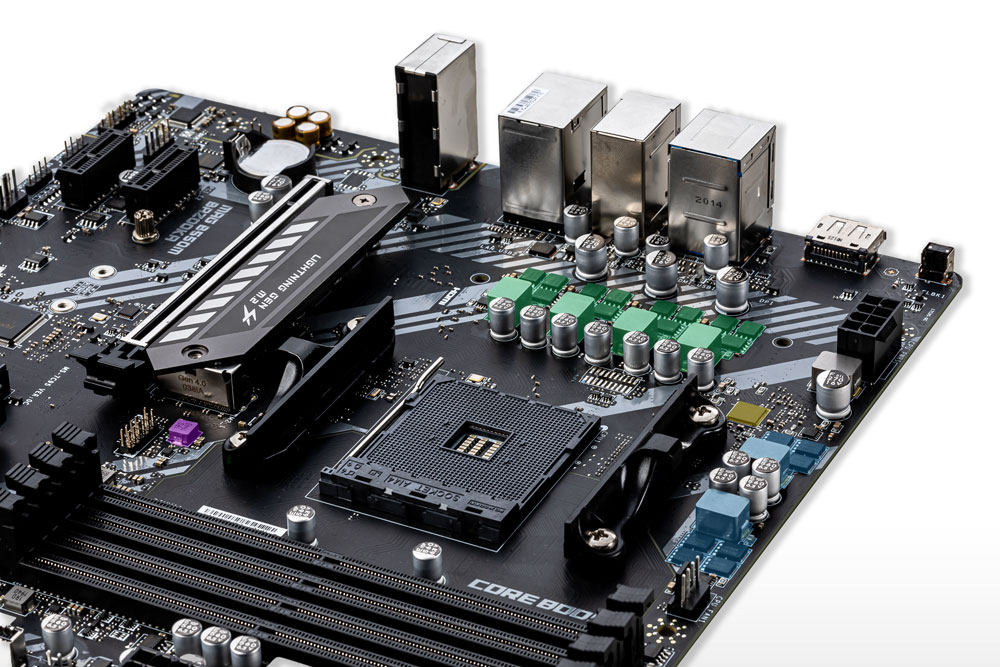 Core Boost technology combines MSI’s premium layout and digital power design which allows for faster and undistorted current delivery to the CPU at pin-point precision. This creates the perfect conditions for multi-core CPU while high-loading operation.